If you are a past pupil of Our Lady’s College, the Guidance Counsellors would like to hear from you.

We are very interested in finding out what you have been doing since you left the school. Please e-mail us at guidance@ourladys.ie and state the year in which you did your Leaving Certificate examinations. 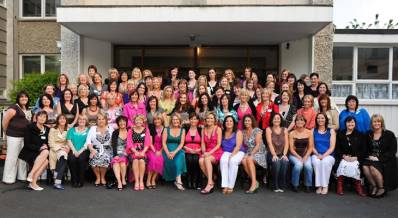 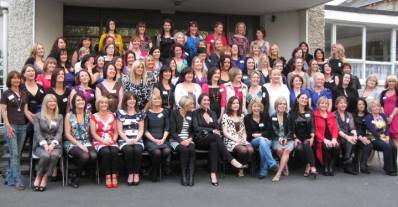 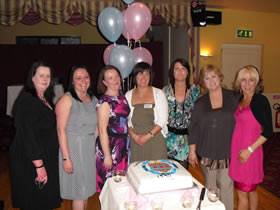 The Class of 1990 Reunion took place on the 17th of April 2010 with the largest ever group of former students in attendance. We were given the

wonderful opportunity to come back and reminisce amongst our classmates and teachers at a reception in the school. Afterwards at the reception in the Glenside Hotel, many old friendships were rekindled.

Modern technology played a huge part in the organisation of the reunion. Many of the girls had found each other on the social networking site Facebook and talk soon turned to the idea of having a get-together. Reunion committee member Julie Halton created a Class of 1990 page on Facebook which now has 84 members. Former classmates were able to upload their old school pictures to the page; we also used those pictures in our slideshow in both the school and the hotel. The Class page proved invaluable in finding past students and spreading the word and also as a means for sharing some very funny memories!

We set up a committee for the event and thankfully there was no shortage of willing volunteers. Members of the committee were Julie Halton, Rachel Murphy, Anna Marie Rooney, Janice Ayres, Donna Heslin, Noreen Whelan and Nicola O`Mara.

We sent out over 160 invitations and received an overwhelming 104 confirmed responses. 50 tickets were sold in the first week alone! We added personal touches where we could; our tickets for example, had a replica of our Graduation Ball ticket from 1990 on the back. The hotel function room was decorated in pink and light blue reflecting the colours of our school blouses from our junior and senior years.

Amidst the fun and enjoyment of being back together, we were conscious of three former classmates who had sadly passed away. We created a small memorial for those girls at the school reception and remembered them also.

On the night itself, we were delighted to also have in attendance at least 15 of our former teachers, including Mr Greene who has been involved with the organisation of school reunions for a number of years now. He was a source of great advice and help to us which was much appreciated. Amongst our classmates, we had many who travelled long distances to be with us, coming from Galway and Kerry and even as far as New York. After a wonderful evening in the school getting reacquainted, the photographer Jimmy Weldon took a group shot on the school steps and we then set off by bus to the Glenside Hotel for a night of singing and dancing to the music we loved from our school days.

Saturday 25th April 2009 brought together the class of 1988/89 for their 20 year reunion. The “girls” returned to their school for a reception at 6pm where they were met by former teachers, viewed photos from the past, sipped wine and took a ramble around their old classrooms. Memories flooded back to all and old friendships were rekindled. Afterwards they went to the Glenside where a great night was had by all. Roll on the next 20 years.